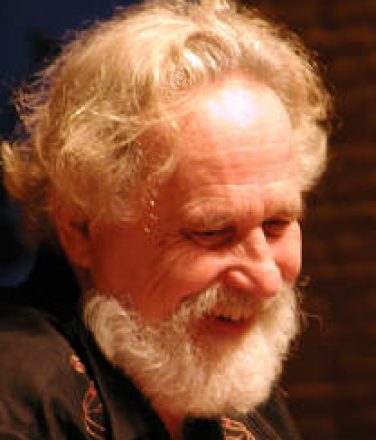 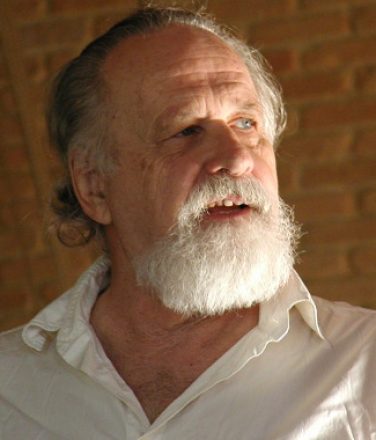 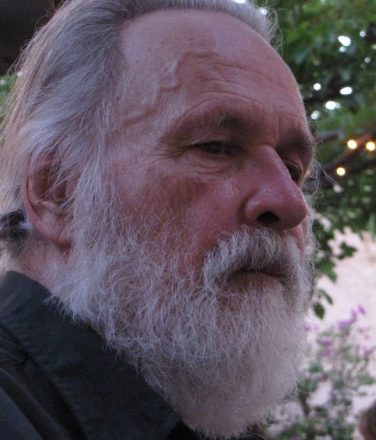 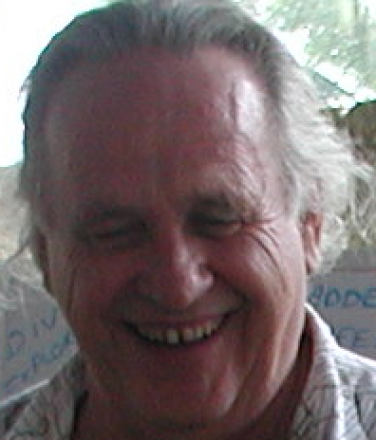 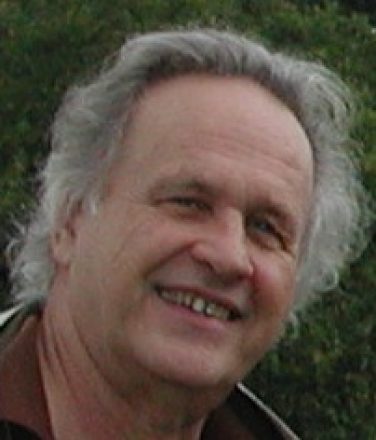 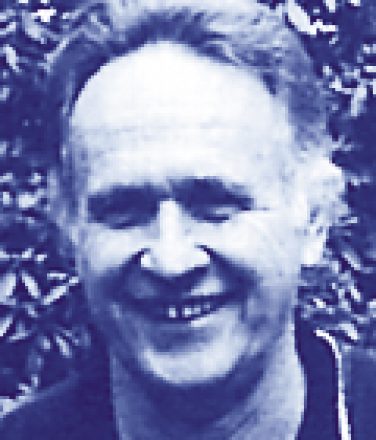 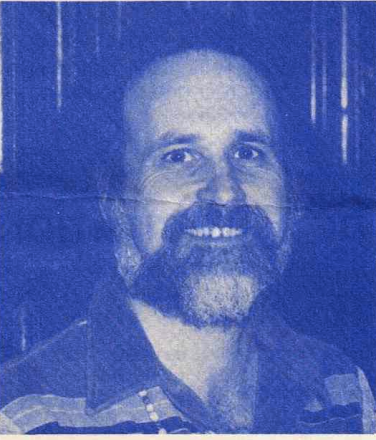 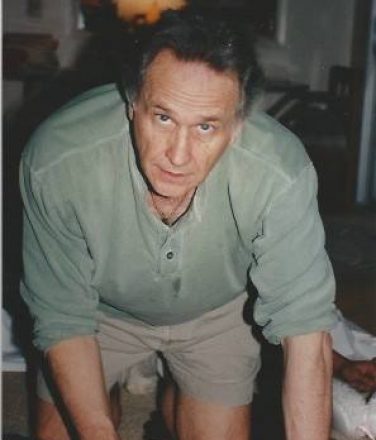 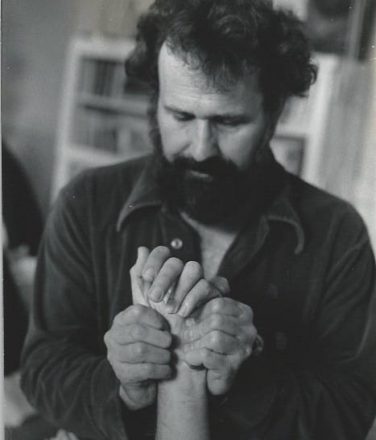 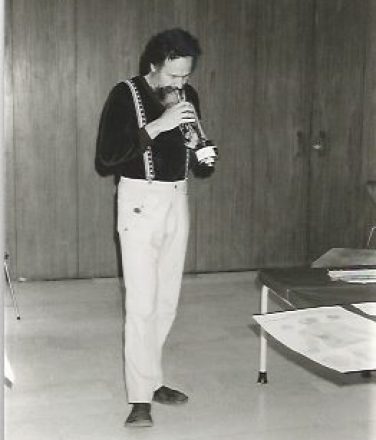 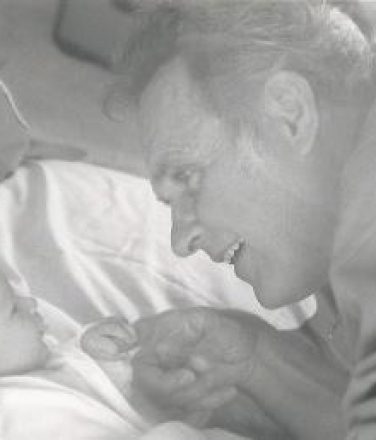 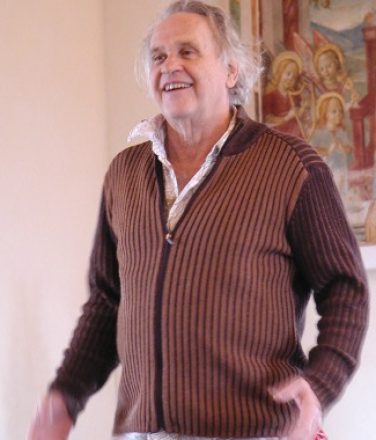 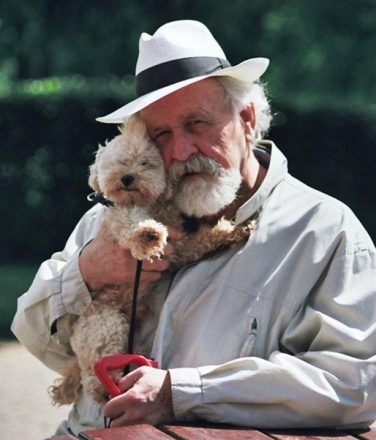 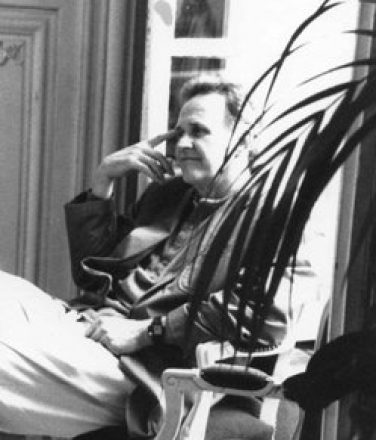 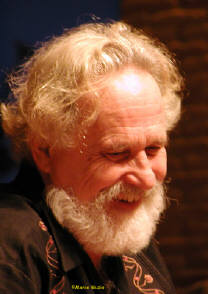 Jack W(hitfield). Painter, Ph.D. (1933-2010), born in Tennessee (December 5, 1933), one of the Eastern states of the U.S.A. grew up on the farm of his parents (German mother). He started out studying civil engineering, then changed his subject and studied philosophy, psychology and literature at the University of Atlanta.

He received his Ph.D. in Philosophy, Literature and Psychology from Emory University in Atlanta in 1961. Became bursary Smith-Mundt and pursued post-universitary training in Europe.  Later he served as a Professor at the University of Miami where like several other contemporary university professors – searched to reach beyond mere intellectual knowledge by experiencing directly and personally….. he undertook research in physio-philosopy and psychology and took interest in acupuncture, yoga, zazen, Gestalt, retina work, deep tissue work (Rolfing)… and got certified in Massage by the Institute Lindsay-Hopkins in Miami.  For years he was associated with the Wilhelm Reich Institute in Mexico, collaborating with Rafael Estrada Villa, MD and Blanca Rosa Anorve.  The many years of self-exploration  and research led to his development of Postural Integration® at the end of the 1960s. Energetic Integration® and Pelvic-Heart Integration® developing into independent modalities of Bodymind Integration in the 1990s. Jack died in Mill Valley (CA), on June 28, 2010 at the age of 76.

“Jack Painter was truly one of the pioneers of the humanistic growth work, which originated in the 1960s with a vibrant search for the expansion of awareness and consciousness. As professor of Philosophy and Psychology at the University of Miami he engaged with the exciting developments that were happening at the time on the West Coast and met many of the people who were later grouped together in the ‘Human Potential’ movement.

Like others of the time, Jack Painter personally explored many different approaches – Zen, Yoga, Gestalt (with Fritz Perls and Marty Fromm), Rolfing (with Ida Rolf and Bill Williams), Reichian therapy (with Raffale Estrada Villa) and many others. In the process he became increasingly interested in integrating influences and aspects from different approaches into an effective and coherent method of personal growth, self-development and healing – and so Postural Integration® was born when Jack founded his own institute “The International Centre for Release and Integration” (ICRI) in San Francisco, later in Mill Valley CA, to promote it. A few years later, another – Energetic Integration – followed. Both Postural and Energetic Integration combine working with the physical, energetic and cognitive as well as the emotional processes in the bodymind. Jack Painter trained many practitioners in the work he had developed, and then trained a number of Advanced Practitioners to become, themselves, trainers of this work. These trainers belong to the International Council of PsychoCorporal (Bodymind) Integration Trainers (ICPIT) and carry on and develop Postural Integration and Energetic Integration.

Jack Painter was always very clear that he did not want the work he practised and taught to be considered as a kind of psychotherapy – he wanted the work to be recognized as a process of self-learning for the client, with the practitioner supporting the client’s process of self- exploration to enable positive changes. In later years some Postural Integration trainers who were also psychotherapists developed the work into a body-psychotherapeutic version and one of them, taught by the French school of IFCC, is now recognized by the EABP.

His lifelong interest in sexuality as a powerful aspect of human nature and development (very much following in the footsteps of Wilhelm Reich) led him to work with sexuality as an explicit theme: he was invited into tantric trainings to bring his bodymind perspective, he co- lead and co-developed a “Sexual Grounding” training with Willem Poppeliers for a while, and later on developed a training called “Pelvic- Heart Integration” which he taught in Belgium, Austria and Italy.

Jack had an ever curious and investigative mind. He was interested in what was developing, what was new, especially in the field of awareness and consciousness – his first love of that line of enquiry never left him. He wrote several books (which were translated into German, French, Italian, Spanish and Dutch), organised several Bodymind Congresses, and maintained contact and connection to a vast and lively network of colleagues and friends on both sides of the Atlantic.

His extensive stays in foreign countries over many years, first Canada, South America and India, later in a great many European countries as well as in Japan and HongKong, led to a part-nomadic existence. Travelling with his trumpet and his dog, his phone card and his computer, he seemed to make himself at home easily wherever he went. He learned to speak French, German and Italian well, teaching and leading trainings in all of them, and incorporating not only these languages but also some of their cultural perspectives into his life and his work. Although he always kept Mill Valley as his home base, he became “An American in Europe” making Europe his second home, and even buying a house in Italy, a country which appealed to his sense of anarchy.

He returned to the States when his illness was getting worse because he had healthcare insurance there that could get him the medical care he needed. It was the care of his three daughters that made him comfortable there.

Jack Painter was an inspiring teacher, and much loved and respected and engaged with by a large group of students and trainers. And it is a sign of his commitment to his work that he worked, already severely in the grip of his final illness, with creativity and determination right up to almost the very end of his life. He will be sorely missed by many of those he taught, trained and inspired – and his work will continue to be carried out into the world through those whom he inspired and trained.”